Charter schools have been gaining popularity for a number of years. However, how is the quality of education provided in this type of school compared with what you can get from a public school? Read along to find out more about the academic achievement of students in charter schools, as well as the overall standards and performance level.

Recent studies have shown that charter schools are supporting the cognitive development and academic performance of children in a number of states all over the country.

According to the Center for Research on Education Outcomes by Stanford University, the effect of charter schools in a number of urban areas in the nation continues to be promising. In fact, these researchers have utilized a more comprehensive research design, which can determine the learning achievement of students in charter schools, as compared to those in traditional public school districts.

The performance level of students in charters differs across the urban areas. For instance, in 26 of these cities where research was conducted, charter students claimed to have learned more in math than their peers in traditional schools. However, 11 of the schools in urban areas learned less in math.

The bottom line remains that the learning improvements are still higher in urban charter schools than in traditional public school districts. Among the charters located in urban areas that have received exceptional academic results for students include the ones in Boston, San Francisco Bay Area, Newark and Detroit.

It is also worth noting that the excellent learning improvements obtained by students were evident in various subgroups of students including Asian, Hispanic and Black. The same is true with students who are enrolled in special education programs, and the achievements were more impressive than what their peers studying in traditional public schools have received. However, Native American and White charter students fared less in terms of academic performance.

Moving Towards Higher Quality of Education

Researchers have discovered that the performance of students in charter schools has increased over a period of time. This was based on the consistent period of study and research made did not just recently, but also over 4 time periods that beam in 2008 up to the year 2012.

After analyzing the results of tests and other evaluation tools to determine the performance of students, it was observed that the quality of education in charter schools is improving greatly in urban areas.

Overall, charter school academic performance is indeed higher than in public schools. In fact, the low learning improvements in district schools have pushed educators and organizations to establish charter schools. Thus, more parents choose to enroll their children in these schools because of the highest returns on their money and time investment over a period of time. 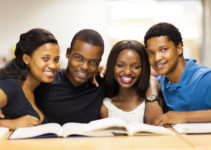