A lot more people are interested in enrolling their kids in a charter school these days, and it’s usually because they’ve heard great things about them. If you’re reading this it’s likely you’re thinking along the same lines as those other parents, but like the majority of people you might be confused about what a charter school actually is.

They’re practically the exact same as a public school, except there is one massive difference. Each charter school will have a lot more flexibility when it comes to how they decide to run the school, which is a large part of the appeal. It could result in your kids receiving better grades, and this is thanks to the sacrifice they have to make.

When a charter school is opening up, it will only be allowed to do so based on certain conditions being met. One of those conditions is hitting the goals they set in regards to academic results, which is why your children are more likely to get good grades. Public schools aren’t forced to hit the same standards.

They must also demonstrate things like proper financial management and organizational stability, and they need to do everything within their power to hit these goals all the time. If they fail to meet targets, the charter school could quite easily be closed down, which makes sense because a school needs to be able to operate properly for the sake of the children.

This is where things get more complicated, and it’s because charter schools don’t need to stick to any particular type of management organization structure. They are free to do whatever they want, within reason of course. The overall structure of the schools, usually falls into three different categories, with two of them being almost identical.

The first one is when a non-profit company decides to open up a school. The word ‘company’ is only used to make things easier for you to understand, because the school could be run by a group of parents, community leaders, experienced teachers, or anyone else who decides to submit a proposal to open a school.

Next, you have other non-profit companies, except this time instead of running one charter school they’ll run a lot of them. Although they’re a lot bigger, they’ll still work with charter management organizations who provide various services like curriculum development to help the schools out.

However, you have a little over 10 percent of the schools across the country being run by non-profit companies. Even though their goal is obviously to make a profit, they have to adhere to strict financial regulations. They are no different to any other company in the US working together with the government in order to provide a special service.

How Charter Schools Are Funded

You might mistakenly presume charter schools are funded by parents who want their children to get into a good college. After all, in academic studies, they’ve found in nearly every single school the students have always achieved better grades. Luckily for you, this mistaken belief is completely false and you won’t have to pay the school a penny.

Just like normal public schools, it’s the government putting up the money to educate the children. Public schools are normally given money for each student enrolled at their school, so if a parent was to decide they wanted to send their child to a charter school instead the money would simply be transferred over with them.

Things do get tricky due to none of the schools being self-funded, as you can’t do anything you want with government money. Each school will be held accountable for all the money they spend, and they’ll have to succumb to regular reviews and audits. We also mentioned earlier they have to keep achieving the goals they set out if they’re to keep receiving taxpayer dollars.

The laws that govern charter schools can be changed all the time, and you usually have new ones coming into effect every year. Even though every state will have different laws making it impossible to talk about them in broad terms, they usually fall into a few different categories which we’ll speak about today. There are laws in regards to how many schools that can be opened, but in most states there isn’t a specific number mentioned.

If someone refuses permission to open a school, they might or might not have the right to appeal. There are also laws on how each school is allowed to operate, and this can be broken down into a few levels. The first couples are the operational autonomy of the schools in the local and state level. There are also laws governing the teachers who work at the schools.

The other common laws focus on the funding of the school, because each one will get a different amount of government money depending on which state they’re in. The money awarded to each school is not only based on the students, but there are also budgets, schools must adhere to when it comes to their facilities. Every school would need to be broken down on a case by case basis for full details.

Sending Your Child To A Charter School

Whether or not you decide to send your child to a charter school is up to you, although it’s not guaranteed they will get in. They’re becoming increasingly more popular as parents realize it could have a huge impact on their children’s lives, and the competition is fierce these days. This is partly due to there not being enough of the schools to go around, so they’ve come up with an inventive way to decide who gets to attend.

Read Also  Charter High School Vs Public High School: Which One Is Preferable For Your Kids?

The children will need to be entered into a lottery, and if their name is picked they will be admitted to the school. You can apply for one at any time, so it doesn’t matter whether your kids are already in school or if they haven’t even started their education yet. Charter schools can’t be biased with admissions because they’re receiving public money.

If you happen to live in the Community School District of the school you want to send your children, it’s the only time when you’ll receive preferential treatment. On the opposite side of the spectrum, you can apply to send your kids to a school outside your CSD even though their chances of being admitted will be lower. If there are spaces in any schools a child will be allowed to attend. 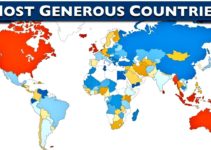