In Nigeria, You have so many students who are searching for the university that sell form for people that did not choose them in JAMB. As you know, not many universities admit people who do not choose the school as their first choice.

You have schools that don’t use JAMB; but if you’re searching for a listing of schools that accept applicants that didn’t choose them in JAMB UTME, this post will provide you with some recommendations.

We’re talking about universities and polytechnics that could make it possible for you sit for post UTME and later admit you even though you did not make them your first choice during JAMB CBT program.

As a matter of fact, most Federal Universities and popular Federal Polytechnics don’t fall under this category, but many other universities in Nigeria; which are state owned or private will easily admit candidates that didn’t choose them as a preferred institution in JAMB, so as long as the potential student scored up to 180, applied for their post UTME screening and passed the screen test.

In addition, it is worthy to mention also that nearly all colleges of education and many of all State owned Polytechnics in Nigeria will accept you without making them your first choice in JAMB. Many of the schools need candidates; provided the person did not fail the JAMB.

All other Private Universities in Nigeria 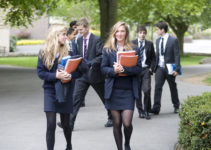